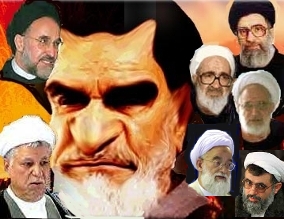 Aren't they all alike??

Tell Me, Where Is My Father?

An open letter to His Excellency Seyed Mohammad Khatami, president of the Islamic Republic of Iran.


I am a 17-year-old Iranian girl. My introduction to politics came through hearing your televised campaign interview when I was 12. On Election Day, I accompanied my parents to vote. Full of hope and great expectations, we drove across town while my father told us stories about the past and my mother looked at the gathering crowds in the street with her writer's eyes. My sister boasted that she was old enough to vote, and I felt like becoming a political activist but had to struggle with my birthdate.

When I was a year old, my father was imprisoned for the first time. He was not a thief, he was not a smuggler, he had committed no crime. Like so many other law-abiding Iranians, he became a prisoner who had no idea why he was in prison.

When I was 6 he was hauled off to prison a second time. I remember banging my white child's shoes against the wall and shouting, "Don't tell me my father is traveling. He is in Evin Prison. Don't tell me about his room, he is in a solitary cell." Once again he was freed -- a thin, tired, quiet man. Once a vibrant, gregarious talker, he had turned into a passive and indifferent listener.

I was 15 when my mother, Mehrangiz Kar, a lawyer and women's rights activist, was imprisoned. A few months earlier, my sister, Leily, had hurriedly left the country, leaving all her hopes and dreams in Iran. Government agents, or those who pretended to be government agents, had driven sleep from her eyes and peace from her heart.

So it was that my father and I were left alone to keep each other company. Family and friends spoke of me as a strong young woman. Only the walls in my room shared my fear and frustration as I sobbed uncontrollably and banged them with my fists.

Not long after she had secured her release from prison by posting back-breaking bail, my mother was diagnosed with cancer. I was 16 and could hardly wait now that I could vote for your election to a second term. Casting a ballot for the first time in my life was a thrill. I carefully wrote "Seyed Mohammad Khatami" and became an adult. I am now accompanying my mother, who has traveled abroad to seek treatment for her illness.

A month ago we heard the news of my father's disappearance. Mr. President, my father, Siamak Pourzand, born Nov. 24, 1931, was taken by unknown agents as he was seeing off some guests at his sister's house. He has not been heard from since. The last time my mother and I spoke with him, he told us that he was being followed by men on motorcycles and that he was in danger. We hadn't known what to do to help, and we feel helpless now.

My mother sits in a corner quietly and waits for the phone to ring. I know well that a cancer patient has no hope of survival if she is tense and agitated. I don't know what to do for either of my parents.

This morning I woke up terrified. I had dreamed that an interrogator had slashed my father's neck, and I was running around hysterically trying to find a way to keep him alive. He called me back to him saying, "It is no use, stay with me for a few more moments."

The road to Evin Prison has a sharp turn called "the repentance curve." If I ever pass that road, I will repent crimes that I have not committed so that I will not be taken in innocent and come out guilty. My only request of you, Mr. President, and fortunately you are still president, is to make an inquiry about my 70-year-old father's physical and psychological health and let me know how he is and where he is being held. I impatiently await a reply from your office.